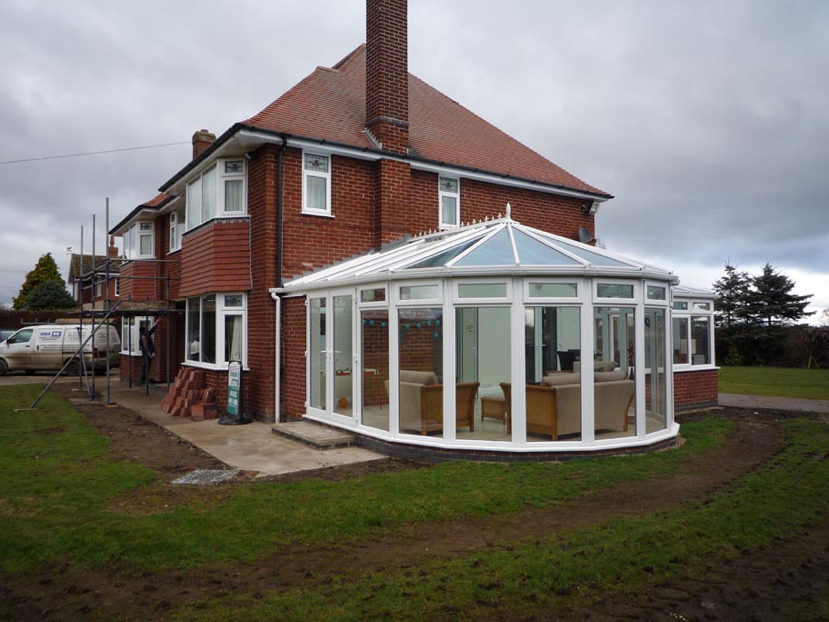 This customer was temporarily living in a barn conversion we had developed. He then found a permanent property which was an old seventies style house with huge windows. It was a farmhouse and it was really big in itself however his brief was to add the double garage and conservatory. I pondered what to create for him and his wife, redid the drawings about 3 times before he decided it was big enough. I should have just asked for the extra large in the 1st place just like your brain has to work overtime when ordering a Costa coffee. Anyhow after discovering large was everything it was plain sailing after that.

The garage you could get 6 cars in and the conservatory village fête within. He was highly delighted and we that’s me and my wife were invited to his Halloween party, what a wonderful gesture I’m not sure if he was trying to scare us  but I repaid the compliment by presenting with the gift DVD of the film with Tom Hanks called The Money Pit, which he duly announced to the whole party. Nicest customer you could ever wish to meet and fortunately he got the joke.

Stephen a Quantity Surveyor in Derby